“I AM NOT CRAZY. It is just that I love my childhood”, Sim Choo Kheng highlighted in 2009 when his company Sim Leisure won a development tender to build ESCAPE Penang. The land, however, was a leftover brownfield of abandoned office buildings, workers’ quarters, and warehouses from the Teluk Bahang Dam construction back in 1998. But that did not hinder Sim’s determination or passion to rejuvenate the land.

No engineers, architects, and contractors had the expertise or skills to revitalise this neglected brownfield. Most entrepreneurs would not know what to do with such a wasteland. Sim had hoped the current laws, local regulations, scientists, and engineers could address the social and environmental problems of traditional wisdom, excessive reliance on energy and technology. “Well, I was dead wrong,” Sim lamented.

Theme park developers would not know how to create a community and environment-friendly theme park out of such a using their current siloed technical methodology and “go by the book” thinking. Sim believes this mindset problem comes from selfishness, greed, and apathy towards communal and environmental responsibility. Prompted by such a predicament and lack of expertise, Sim began his journey to transform the brownfield into the greenfield ESCAPE Penang is today.

Sim recalls his “lightbulb moment” during his tenure in Vietnam, where he lived in an old cashew plantation in the rural outskirts of Ho Chi Minh City. There, he saw the everyday scenes of people and families living the simple life to the fullest. The children had fun from playing in the natural environment, reminding Sim of his younger days of playing in the villages. Witnessing those children triggered a strong desire to recreate the playground he once enjoyed.

Sim observed that human behaviour and value systems have shifted over the last few decades, to the extent where people do not realise their actions are degrading the environment and culture. “I see more and more sensible and traditional messages being overwhelmed by superficial pressures,” Sim remarked. Sim believes that his brainchild ESCAPE has to go green and low impact because it is the most natural approach – regardless of the prom and pageantry of green certification.

Many argue that green certification programmes raise awareness of environmentally sustainable development to industries and the public. Sim, however, believes that “being kind to nature is what we should do naturally. We should not be doing it for certification sake”. After all, no one should request a certificate from the police department for being law-abiding. “Sustainability” in green certifications really just mean completing checklists confined to water, energy, and material consumption, marginalising the real problems affecting people, plants, and wildlife such as human health concerns and biodiversity loss. Moreover, those who pay attention to our towns and cities can’t help but be struck by manifestations of growing economic inequality and loss of employment. Expensive technologies are shipped in from faraway countries to replace human labour thus more and more communities are being marginalized by each completed project.

The core issues are happening at ground zero where developments are built top down by decision-makers who has no understanding of the true meaning of “sustainability” thus do not respond to the local realities. The elites, lacking a vision beyond satiating their own greed, take pleasure in the intoxicating power to destroy. They confuse destruction with creation. They know nothing of the past. They do not think about the future. There is no human dimension in their projects and this emotional numbness is the core of many land development projects nowadays.

So how do we reverse the environmental damages we started? ESCAPE Penang’s design and execution encompass the following aspects, namely: 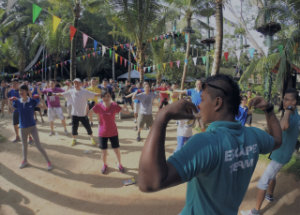 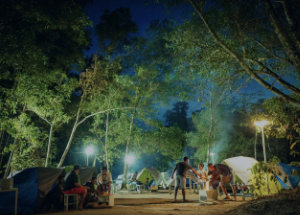 Extend your playtime with BASE CAMP 2D1N at ESCAPE Penang. 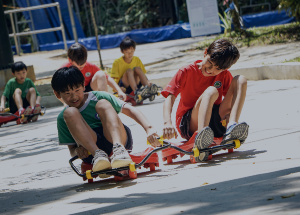 For kindergarten, primary and secondary schools. 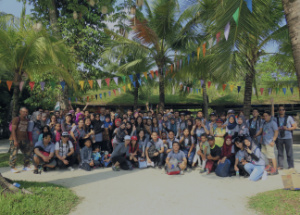 The perfect retreat for corporate family day events for up to 2000+ persons. 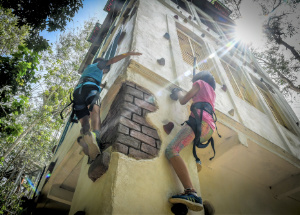 Learn more about the history and values of ESCAPE. 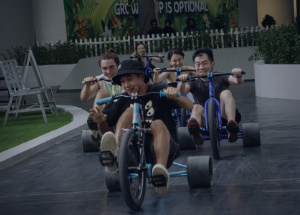 Celebrate your kid's birthday at the biggest, best playground - ESCAPE 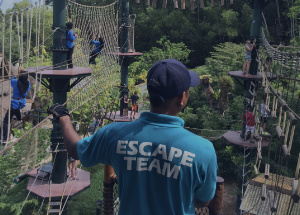 View job vacancies and career opportunities with us. 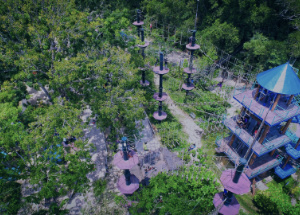 Our love and commitment to protect our playground - Mother Earth.